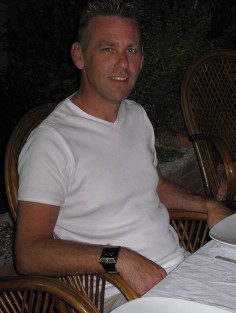 A Computer engineer, with a life time of experience in the rally field, both building and driving.

I have been in Rallying since the day I was born, My Father the late Stuart Lewis was big in Rallying in the 60's -70's and 80's we had the 1st Escort Mk 1 Twin Cam in the UK and also the 1st BDA in the UK, of which was bought by the one and only Malcom Wilson at the age of 19.

I have built all my own cars over the years; to name a few, Sierra RS Cosworth 500, a Toyota Corolla AE86 Twin Cam, Renault Clio 16v. I did move away from Rallying in early 2000 and moved across to Karting, in 2005 I won the British Championship in Formula Blue and then Retierd.

I came back to Rallying, and built a Renault Clio, on completion I sold it. I then purchased a Celica GT4 RC 1991 and reshelled a old works car into which i still run to this day.